There has been a lot of negative publicity surrounding full fat yogurt in the past, with claims that full fat yogurt contains a high amount of saturated fat and should therefore be passed up over fat free yogurt. Essentially, fat free yogurt is a watered down version of a full fat yogurt, and can sometimes compromise on texture and flavour – not to mention the various sweeteners, additives and hidden sugars that can be hidden inside. When you cook with low fat yogurt, it can be difficult to replicate the rich, tangy flavour that you achieve with full fat yogurt.

Research has suggested that full fat yogurt isn't actually as unhealthy as you may think, and can be beneficial to your overall health. According to recent studies, eating a small amount of full fat yogurt or dairy (containing around 4-5% fat content), is still better than eating a larger amount of low fat yogurt or dairy which could contain stabilisers and hidden sugars that mount up the calories. Not forgetting the chalky texture you can sometimes have when you eat a low fat yogurt. When you cook with a low fat yogurt in a sauce, make a dip with it or use it in baking, you can dilute the flavour of the recipe and not achieve that sharp kick. The best full fat yogurts to cook with are natural yogurt and Greek yogurt, which have no additional flavours added to them, but possess a creamy sour taste that is delicious on its own and in other recipes.

One of the most popular types of full fat yogurt is Greek yogurt, which is thick, rich in flavour and extremely versatile in cooking. Add some honey and nuts to it and you have a delicious dessert, or spoon into a curry to give a rich, creamy flavour. Or, add a dash of lemon juice, olive oil and a pinch of salt for a great chip dip. Doing the same with low fat yogurt will not have the same results, and may taste a little odd, too.

Greek yogurt has had a rough ride in terms of its reputation, with past claims that it cannot be seen as a healthy option because of its higher levels of saturated fat, and because it is very thick, rich and creamy. In fact, because Greek yogurt is highly strained, removing the whey (the liquid after the milk has curdled), sugar and milk sugars (lactose), it is actually higher in protein and is lower in fat than previously believed. It is a go-to for dieters wanting to lose weight and suppress their appetite, as its thick nature helps you to stay fuller for longer.

For many years, health experts have recommended low fat versions of yogurt over full fat varieties. However, you may be surprised to know that people who eat full fat yogurt are actually at no greater risk of developing cardiovascular disease or type 2 diabetes than those who consume low fat options. Low fat options can actually add additional calories onto your daily intake because of hidden sugars, and may cause weight gain if eaten in large amounts. According to a November 2018 article in The Lancet, eating full fat dairy products such as milk, cheese and yogurt can now be linked to a lower risk of stroke, heart disease and early death. This is based on three servings of full fat dairy a day, as part of a balanced diet.

The study also suggests that low fat alternatives to full fat yogurt are based on the assumption that saturated fats increase a person's cholesterol. However, full fat dairy contains many elements that are good for the body – such as magnesium, vitamin K, amino acids and calcium for strong teeth and bones. Many full fat yogurts also contain probiotics, which are good for a healthy gut balance. Eating a full fat yogurt as a snack is far healthier than filling up on starchy carbohydrates or other sugary treats.

Cooking with full fat yogurt is simple and versatile. The most common types of full fat yogurt to cook with are natural yogurt and Greek yogurt. Many recipes suggest full fat, Greek yogurt because of its flavour and texture. Avoid cooking with a low fat yogurt, as it may prove too watery and won't give you the texture you need. It can also change the taste of what you are cooking. If the recipe says that you should use full fat yogurt, then definitely do so, as it will only add to the overall flavour of your dish.

Try using full fat Greek yogurt in a potato salad rather than mayonnaise, swap it for mayonnaise in salad dressings, apply it in a chicken or turkey sandwich, or use it as a rich marinade base that helps to tenderise and moisten the meat. Create a dip for chips with some olive oil, dried herbs and salt and pepper, or use full fat yogurt in Mexican dishes, on baked potatoes, in soups, curries and in pasta sauces. Sauces that are made with cream can sometimes be a little too rich and sickly. Why not swap the cream for full fat yogurt instead? In a tomato sauce, full fat yogurt really rounds out the sharp zing of the tomato, while in a white or cheese sauce, it will produce all of the creaminess without weighing things down.

BACK TO Articles
Next Article

See What Makes Our Yogurt

The Latest in Dairy Press 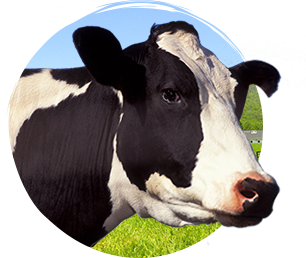 We’re proud to be stocked in most major supermarkets as well as hospitals, hotels, schools, garden centres and many local dairy shops. If you can’t find our products, you can buy direct from Ann’s dairy shop.

Whether you’re preparing breakfast for two or dinner for twelve, make Alston Dairy yogurt your hero ingredient. Add it to your next recipe - our range is impressively versatile.